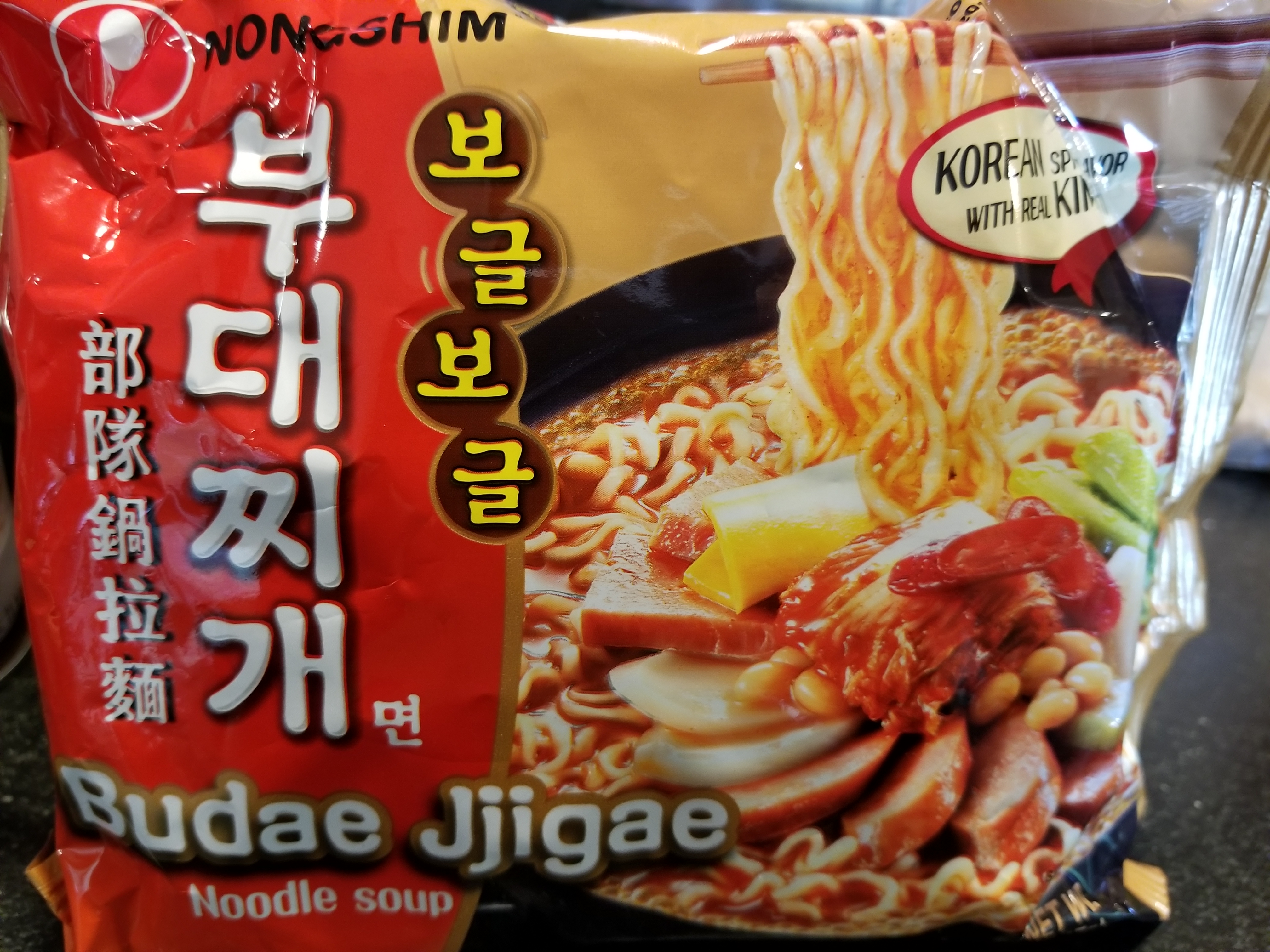 Four score and seven beers ago, Abe Lincoln was kicking ass on his History Channel special, bringing glory to America on this, the most holy of days this side of the Atlantic. For the rest of us plebs, the 4th of July is just an excuse to go to a party and get wasted on red white n blue jello shots til you puke in the host’s blowup kiddie pool to make room for more tubular-shaped freedom to shove in your body. Also fireworks (shout out to China for the hookup!). But this year imma whip you into shape so you will no longer be the whitest guy you know tryna throw down culturally. We kicking it back Korean style today cuz that’s how we do at Not Your Mother’s Ramen Episode 12: Nongshim Budae Jjigae Instant Noodles.

We bout to get more American than the CIA keeping all those alien abductions on the hush hush. You can bet your ass they were trying to steal our freedoms. Stupid. You don’t take the freedom out of the American, you put the freedom INSIDE the American. I’m raging to put some STUPID foodie freedom deep inside of me in the form of Budae Jjigae, or Korean army base stew. Army bases: spreading American values one stronghold at a time.

I did yous guys a solid and made an easy-to-follow map of the necessary additives so’s you can traverse this amusement park of noodles covered in a cornucopia of the finest reject canned product straight from the 50s that America has to offer our boys.

As you dig your way through the top layer quagmire and hit noodle gold, you’ll notice that these babies are thick, chewy, and colossal – perfect to stand up to the soup. And holy hell, the soup! This is the best fucking part. Broth packed to the brim with a strapping amount of smoked meat and kimchi flavor so good you’ll be over-eagerly polling everyone, “Yo, you gonna drink that?” Your reputation ain’t nothing compared to taking communion with the literal blood of American Christ. You know it’s really Him cuz His cholesterol and sodium levels are through the roof and he bleeds red like a patriot from Real America. You’re not gonna be able to move much after you reach the finish line, so make sure you hook up with that questionably sane libertarian chick with anger issues before you get your ass pregnant with a food baby so’s you can make a speedy getaway if need be.

Look dawg, American zero-sum capitalism – PATRIOTISM if you’re a disciple of Ayn Rand – is all about stealing shit from other people then selling it like it’s yours and getting super butthurt belligerent when you get called out on your douchebaggery, then cleaning up the circle jerk aftermath with all the dollar bills you made in profit. Pfft, you know that. Oh you suddenly have morals now and still think your plain hot dog w/ mustard is what American Girls want? GTFOutta here, or brb while I take my Budae Jjigae OMW to steal your girl.