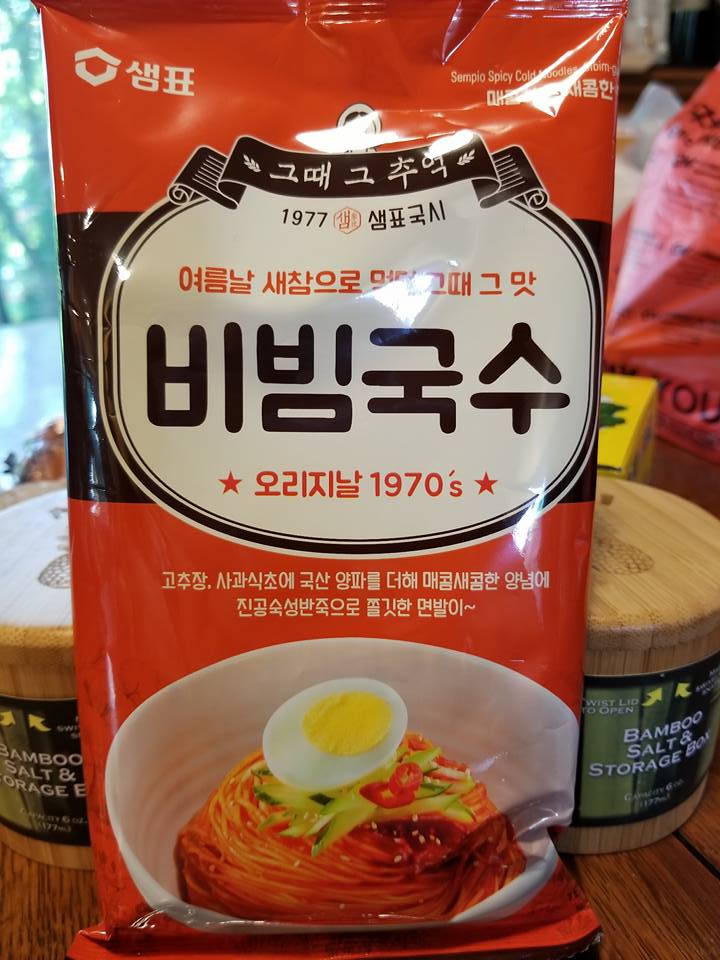 Now that we’ve explored cold noodles from our homelands China and Japan, it wouldn’t be right if I didn’t give K-town a proper holla. This is Not Your Mother’s Ramen Episode 11: Sempio Bibim-guksu.

Unlike corporate entertainment shadiness, Sempio’s version of Bibim-guksu knows what you want. Like Stefon’s night club recommendations, this sauce has everything: respectable spice level from Korean red pepper powder and gochujang, swoonable garlic presence, nutty sesame, and equal amounts of sugar and vinegar because even a sweetheart has her bitch fits, it’s what makes her EXCITING.

Speaking of letting yourself go, it’s acceptable to inhale these. Top them with what you will to make them instagramable, plus the included toasted dried seaweed, it makes a huge difference in flavor. Then make sure you’re prepped with an adult-sized bib because they go down so easily but still can be kinda messy (that’s what he said), and at the end you’ll almost kinda wanna maybe I did make another pack. Shut up.

Good for any lazy hot Sunday and you don’t even need any extras to make it delicious, that’s how I like my weekend noodles because there ain’t no way I’m changing out of these jammies. Add these to your repertoire along with the previous 2 noodles from Episodes 10 & 11 (Liangpi & Hiyashi Chuka) to turn your summer food game into a triple threat. That’s all for now. Til next time, you can cassh me outside.