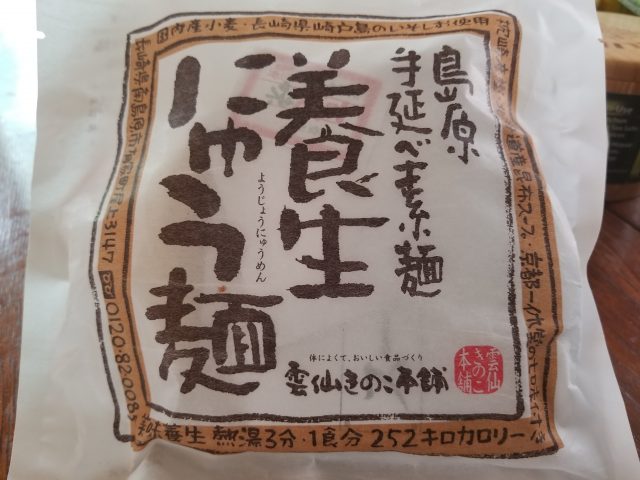 So today’s post is gonna be a quickie. Don’t shit a brick because of it. I’m a big believer that great things can come in small packages. Boys gotta recognize that just because you don’t have as much to work with as the next ramen packet, doesn’t mean you don’t have a ton of personality to make up for it, or some sweet ass sex moves that the louder flashier ones haven’t had to figure out because they never had to actually work to get attention.  Maybe she’s got a hidden comedy talent, like she’s got an awesome ramen blog that could entertain you for hours. That’s how shit works, Chad from Sociology class. You’ll be sorry for not paying attention to the person sitting in front of you two seats to the right. Today on Not Your Mother’s Ramen Episode 20: Unzen Yojo Nyumen.

Somen noodles are super thin Japanese noodles made from wheat that hydrate in a jiff. This meal was literally bowl, hot water, add soup, done. This isn’t even really cooking. I guess if you’re so special needs that you literally burn water then maybe this dish isn’t for you, but if that is the case then just kill yourself right now. Seriously. Kill yourself. Because if you don’t die now, you will soon when the apocalypse hits and all that’s left for sustenance is top ramen packets cuz that shit is indestructible, but ohnoes you can’t do anything with them because you failed the most basic skill that human beings have doing since we were barely human beings. What, do I have to tell you to take the plastic off, too??

ASSUMING you successfully heated your 400 ml of H2O, pour it over the *unwrapped noodle block and vegetables, which include some HD wakame seaweed action going on, and set your timer for 3 min. Add the soup + shichimi togarashi (that’s Japanese for citrus pepper flava heaven), then prepare yourself for a super quick n light zen experience. The broth is super balanced and authentic, light tsuyu with wholesome, barely-there fish umami. That’s right bitches, I said umami. Don’t know what umami is? Yeah me either, but that’s what all the cool kids say so just roll with it so you don’t look like a bitch.

I’m in a pensive mood today, so imma give this Unzen Yojo Nyumen high marks. Get some!